Is It Okay to Send Text Messages to Prospective Clients? 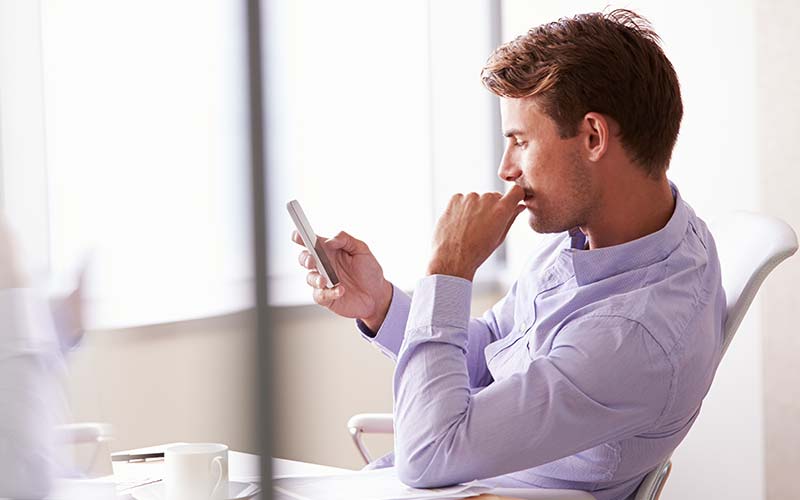 Text messaging is becoming a more common prospecting tool, but many sales professionals want to know how much they should use it and under what circumstances.

Texting typically works better when you have already had some interaction with the prospect as opposed to using it to engage cold prospects for the first time. But, as the saying goes, there’s an exception to every rule.

As respected professionals, we probably wouldn’t want to get into the business of auto-texting or mass-texting. It turns people off, plus the Telephone Consumer Protection Act places limits on that kind of activity here in the United States. Many other countries have similar laws.

But for one-to-one messaging with prospects, texting can be a useful option and often elicits a better response rate than telephone calls and emails. If fact, texts have a 99 percent open rate according to SinglePoint.

If you want proof that texting is a viable form of prospecting communication, a Nielsen report indicated that Americans text twice as much as they call. What’s more, 50% of young adults say that text conversations are “just as meaningful as a phone call.”

It gets even more interesting when you drill a little deeper. Texting is considered to be 10 times quicker than phone calls. The Pew Research Center found that 33% of adults prefer texts to all other forms of communications. Ninety-one percent of people prefer text over voicemail.

More than one third of business professional say they can’t go more than 10 minutes without responding to a text. Perhaps that’s one of the reasons text messages generate such good response rates.

During times like this, it’s important to keep your skills sharpened. Because of the limitations on crowd sizes, virtual sales training is a great option. Every single one of my programs is available virtually and the fee is just a third of the in-person version.

Furthermore, I have done a couple online training programs this week in which we taught sales teams how to understand their clients’ fears and how you can still make sales in an uncertain market. Each sales professional can participate in these webinars from the safety of their own home or office.