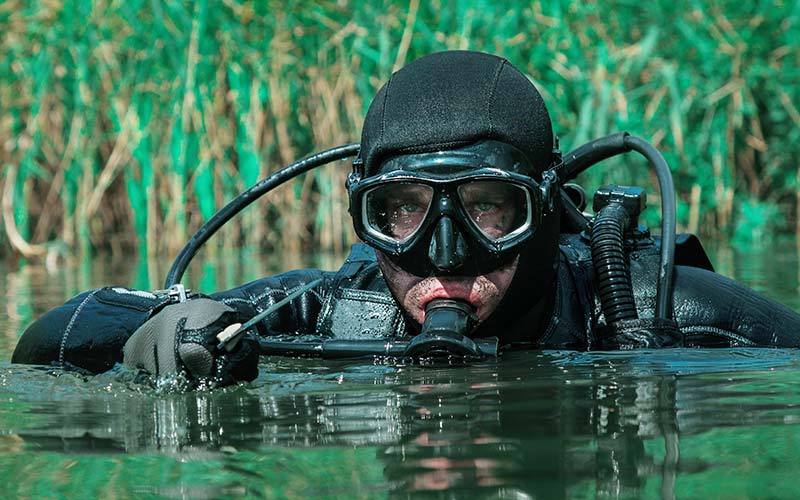 I don’t speak French, but I love this phrase.

It’s an idiom that translated to English means: “To have the knife between your teeth.”

The origin of this French-Canadian saying is not quite known, but it may trace its roots back to pirates, who would hold their knives in their mouths while using both hands to climb aboard a ship they were attacking. Nowadays, the phrase is used to describe someone who is bold, aggressive or intimidating. Another use is to describe a skilled/talented person who possesses dogged determination.

I first heard this saying earlier this year in a sales context as it was uttered by my friend, Paul-Eric Poitras, who owns a commercial real estate company in Montreal, Quebec. Poitras was talking about a top-producing sales agent and said, “He has the knife between his teeth.”

I’ve been fascinated with the phrase ever since.

I do believe top-producing sales reps indeed need to have the knife between their teeth. That doesn’t mean you become a self-serving maniac, but it does mean you are bold and assertive.

When it comes to being a top producer in 2019, here are some ways you can have the knife between your teeth:

You are persistent and you stay in the fight for the long haul. If you walk away immediately upon hearing that a prospective client already has a relationship with one of your competitors, you’re giving up too quickly. Perhaps you could start a nurturing campaign in which you send compelling, value-laden emails to the prospect thus building a relationship slowly over time. You could periodically send them valuable bits of information or advice that show you are both thinking about them and coming up with unsolicited value.

You are competitive and like to win. You are highly goal-oriented and monitor your progress throughout the year. Each sale is a victory. Those who have the knife between their teeth are obsessed with prospecting and disciplined to do it every day, because they are driven to keep their pipelines full. Of course, even though you must have a strong desire to win, you still must put your clients’ interests first.

Determine one or more things that you do better than any of your competitors. Then, when you’re competing for a piece of business, set a high hurdle. In your conversations with that client, say something like this: “Whoever provides you with this service should always do ‘X.’” Of course, “X” is the thing you do well that you know the other company can’t do.

Discounting your price is the easy way out, and it’s a short-term way of thinking. It is not something you do if you have the knife between your teeth. Some sellers think they’ll win over a new client by giving them a drastic discount. It might work, but know this – once you give a discount, the client might always expect that price. Plus, if you discount too much, you may end up losing money. Finally, a willingness to discount may make your project appear to be of diminished value. If you want a good client for a long period of time, you need to earn them the old-fashioned way (by providing value) as opposed to the easy-but-temporary way (discounting).

You are always curious and have amassed extensive knowledge of your local territory and/or industry marketplaces. Top producers have deep product knowledge. They have most key things memorized, but if they’re asked something they don’t know, they can find the answer immediately.

They have the mindset of success: they quickly accept responsibility for their mistakes and graciously accept credit for their successes. They tend to be me more optimistic than pessimistic.

They’re not afraid to call the question. When it’s time to close the deal, they don’t hesitate. They get it done.

A sales professional who has the knife between their teeth is not necessarily a jerk. You can bear the knife as you flash your smile. Most top performers have balanced personalities: Assertive and competitive but not aggressive or passive.

Finally, a person with the knife between their teeth is unapologetic/unashamed about working in sales and believes that selling is a critically important function in the overall success of the economy.

Be confidently proud of what you do for a living.